Posttraumatic Stress Disorder (PTSD) is a psychiatric disorder that can occur in people who have experienced or witnessed a traumatic event, series of events or set of circumstances. An individual may experience this as emotionally or physically harmful or life-threatening and may affect mental, physical, social, and/or spiritual well-being. Examples include natural disasters, serious accidents, terrorist acts, war/combat, rape/sexual assault, historical trauma, intimate partner violence and bullying.

PTSD has been known by many names in the past, such as “shell shock” during the years of World War I and “combat fatigue” after World War II, but PTSD does not just happen to combat veterans. PTSD can occur in all people of any ethnicity, nationality or culture, and at any age. PTSD affects approximately 3.5 percent of U.S. adults every year. The lifetime prevalence of PTSD in adolescents ages 13-18 is 8 percent. An estimated one in 11 people will be diagnosed with PTSD in their lifetime. Women are twice as likely as men to have PTSD. Three ethnic minorities — U.S. Latinos, African Americans, and Native Americans/Alaska Natives —  are disproportionately affected and have higher rates of PTSD than non-Latino whites.

People with PTSD may also experience physical symptoms, such as increased blood pressure and heart rate, fatigue, muscle tension, nausea, joint pain, headaches, back pain or other types of pain. The person in pain may not realize the connection between their pain and a traumatic event. For people with chronic pain, the pain may actually serve as a reminder of the traumatic event, which in turn may intensify PTSD symptoms. Some people who develop PTSD and chronic pain also experience depression and alcohol and prescription medication misuse. Chronic PTSD has been shown to increase the risk of having a variety of health issues and decreased life expectancy. During the COVID-19 pandemic, the perception of the lethal threat of the virus has been associated with stress and trauma-related somatic symptoms.

A person contending with exposure to a traumatic event may feel helpless, prompting a concerned spouse to want to take action to help. Perhaps the most powerful approach is to just be there for the person, show acceptance and concern, and listen without being judgmental or giving advice. Allow your spouse to talk about the trauma only if he or she would like to and encourage additional support from family, friends and faith and community resources. Encouraging healthy living, such as attention to diet, exercise and refraining from smoking and excessive use of alcohol, is important. It would also be a good time to plan relaxing enjoyable leisure time activities.

Take some time to educate yourself about trauma, PTSD and recovery and healing. Learning about what your spouse may be going through will help you and your family to understand better and be more supportive. Remember to take care of your own physical and mental health as well.

Studies have found that in fact most people recover and do not develop PTSD after exposure to a major traumatic event. However, some people find themselves feeling worse as time passes and experience the symptoms of PTSD. Several factors before and after a traumatic event seem to increase the likelihood of PTSD. For example, the risk is greater when the traumatic event is more severe, violent, occurs over a longer period of time or involves harm to oneself or loss of a loved one. Being around reminders of the traumatic event can also increase the risk. In general women are more likely than men and younger people more likely than older to develop PTSD. People who had adverse childhood experiences, especially exposure to traumatic events, are more susceptible, as are people with chronic medical or psychiatric illness.

People react to experience of trauma in a variety of ways, such as sadness, irritability and confusion. In the immediate aftermath of a major traumatic event most people complain of stress, difficulty concentrating, sleeping or getting along with others. With PTSD, the troubling symptoms worsen, affect social and work functioning, and persist longer than a month. If you or a loved one are struggling to cope with the effects of a trauma it may be useful to seek professional help.

Several effective treatment options are available including psychotherapies such as cognitive behavioral therapy (CBT), cognitive processing therapy (CPT), prolonged exposure therapy (PE), and eye movement desensitization and reprocessing (EMDR); and medications, such as the antidepressants known as selective serotonin reuptake inhibitors (SSRIs). Often the combination of medication and psychotherapy is more effective than either form of treatment alone.

Self-help tools, including PTSD Coach Online and PTSD Coach app, are available from the National Center for PTSD. These offer support for coping with sadness, anxiety and other symptoms that people who have been through trauma can develop. They can help you relax when you feel stressed, improve your mood, learn how to tackle difficult problems and help change thinking patterns.

Years of research suggest that children are vulnerable to developing PTSD after exposure to a traumatic event, though the symptoms may differ for young children, older children, adolescents and adults. The loss of a parent through death or by separation, especially if sudden, may be stressful for a young child. Physical and sexual abuse may also lead to traumatic symptoms in children and adolescents.

Children with PTSD may experience distressing thoughts. Memories of the trauma may occur without warning. Children may also have trouble falling and staying asleep and have nightmares. They may try to avoid people or objects that serve as reminders of the event and they may act more irritable, have angry outbursts or be easily startled. They may exhibit behaviors more typical of younger children, such as bedwetting or baby talk, and they may experience physical symptoms, including headaches and stomachaches. The symptoms can be upsetting and can impact how a child functions in school and relates to family members and peers.

Helping a child with PTSD generally involves assisting the child, parents and caregivers, creating a feeling of safety, helping the child speak about  his or her feelings and experiences directly or through art and play, and teaching the child relaxation and coping skills.

For more information on understanding and helping children of all ages heal from traumatic events visit the National Child Traumatic Stress Network. 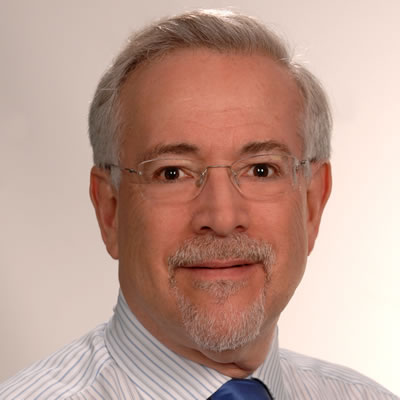