Learn about eating disorders, including symptoms, risk factors, treatment options and answers to your questions.

Taken together, eating disorders affect up to 5% of the population, most often develop in adolescence and young adulthood. Several, especially anorexia nervosa and bulimia nervosa are more common in women, but they can all occur at any age and affect any gender. Eating disorders are often associated with preoccupations with food, weight or shape or with anxiety about eating or the consequences of eating certain foods. Behaviors associated with eating disorders including restrictive eating or avoidance of certain foods, binge eating, purging by vomiting or laxative misuse or compulsive exercise. These behaviors can become driven in ways that appear similar to an addiction.

Eating disorders often co-occur with other psychiatric disorders most commonly mood and anxiety disorders, obsessive compulsive disorder and alcohol and drug abuse problems. Evidence suggests that genes and heritability play a part in why some people are at higher risk for an eating disorder, but these disorders can also afflict those with no family history of the condition. Treatment should address psychological, behavioral, nutritional and other medical complications. The latter can include consequences of malnutrition or of purging behaviors including, heart and gastrointestinal problems as well as other potentially fatal conditions. Ambivalence towards treatment, denial of a problem with eating and weight, or anxiety about changing eating patterns is not uncommon. With proper medical care however, those with eating disorders can resume healthy eating habits, and recover their emotional and psychological health.

There is no one sign of an eating disorder, however there are red flags. For anorexia nervosa, bulimia nervosa and binge eating disorder these can include excessive “fat, weight or calorie talk,” a pattern of eating a limited choice of low-calorie foods, and/or a pattern of intermittent binge eating on calorie-dense foods. People with anorexia nervosa may excessively exercise or excessively stand, pace or fidget. Some individuals with eating disorders may avoid weight gain following meals by inducing vomiting or abusing laxative, diuretic and diet pills. Feeling self-conscious about one’s eating behavior is common. People with eating disorders often avoid social eating settings and eat alone. In avoidant restrictive food intake disorder, excessive concerns with weight and shape are generally absent, but those affected are at risk for malnutrition due to very selective eating. They may avoid eating many foods due to a variety of reasons including low appetite that is not explained by another medical condition, disgust or sensitivity to many foods, or fear of negative consequences from eating most foods, for example excessive fear of gastrointestinal symptoms such as nausea, vomiting or abdominal pain.

There is no single cause of an eating disorder. Eating disorders, like several other psychiatric conditions, often cluster in families, and we now recognize that genetic vulnerability plays a significant role in risk for developing an eating disorder. Genes, however, are only part of the story and environment plays a role too, especially in triggering onset of an eating disorder, often in adolescence or young adulthood. Pressure to diet, or weight loss related to a medical condition or life stressor, can be the gateway to anorexia nervosa or bulimia nervosa. Losing those first five to 10 pounds, in someone who is genetically vulnerable, seems to make further dieting increasingly compelling and rewarding. In some, the starved state can then over time lead to binge eating. And once an eating disorder is established, consequences of restricting, bingeing or purging play an increasing role in sustaining the disorder through alterations in the body’s controls of sensations of hunger and fullness, changes in the motility of the gastrointestinal tract, and altered learning, habit and decision making around what and when to eat.

Treatment for an eating disorder is challenging. It involves interrupting behaviors that have become driven and compelling, and overcoming anxiety about doing so. Recovery takes a team, which includes family, friends and other social supports, as well as medical and mental health professionals. Be empathic, but clear. List signs or changes in behavior you have noticed and are concerned about. Help locate a treatment provider and offer to go with your friend or relative to an evaluation. Be prepared that the affected individual may be uncertain or ambivalent about seeking treatment. Treatment is effective, many are able to achieve full recovery and the vast majority will improve with expert care. Treatment assists those affected with an eating disorder to change what they do. It helps them normalize unhealthy eating and weight control behaviors and challenge the irrational thoughts that sustain them. Food is central to many social activities and the practice of eating meals with supportive friends and family is an important step in recovery.

Eating disorders do not discriminate and can affect individuals of any age and any gender. Although they are most common in younger women, it is not unusual for older women to have an eating disorder. Some have had one all their life, others were only mildly affected until some life event triggers clinical worsening – a stressor, physical illness, or co-occurring psychiatric illness, such as depression or anxiety. Evidence strongly suggests that anxiety disorders, especially social anxiety disorder, and obsessive-compulsive personality traits increase individual vulnerability to an eating disorder. Eating disorders occur in men and in transgender individuals too. An estimated 10 percent of people with anorexia nervosa and bulimia and a third or more of people with binge eating disorder are male. Avoidant restrictive eating disorder appears to be more common in males than in females.

Overeating on occasion, or at festive events such as Thanksgiving, is normal. By contrast, binge eating is the frequent consumption of a large amount of food associated with a sense of loss of control over eating. Bingeing is usually secretive and accompanied by feelings of embarrassment, shame, depression and guilt over the behavior. It often includes eating rapidly, until uncomfortably full, or when not hungry. Food addiction is a controversial term used by some researchers to describe parallels between the difficulties some people experience in limiting eating and substance addiction. Unlike in addiction however, where an individual is addicted to one particular class of drug, it is difficult to identify one food that underlies “food addiction.” Similarly, the withdrawal syndrome caused by dependence on a drug of abuse is hard to demonstrate in overeaters. Despite the similarities between eating disorders and substance abuse, and evidence of the involvement of brain reward circuits in both conditions, the neurobiology of binge eating and of drug addiction are not the same.

Research on eating disorders is progressing rapidly. It is now clear that eating disorders are biologically based illnesses, not simple lifestyle choices. Recent genetic work has focused on identifying genes that increase risk for an eating disorder and on epigenetic gene-environment interactions that may contribute to the onset of an eating disorder. Brain imaging research is examining altered decision making around food choice and reward learning in individuals with eating disorders. Other lines of research focus on improving insight into how starvation, exercise and binge purge behaviors dysregulate brain reward circuits and gut-brain signaling, and whether these changes contribute to the driven, compulsive nature of eating and weight control behaviors. This is exciting work that holds promise for developing novel treatments in the coming years.

The most effective current treatments are behavioral interventions that focus on helping individuals with an eating disorder normalize their eating and weight control behaviors. For adolescents with anorexia nervosa, family-based treatment has the best evidence. The focus of effective family-based therapies is on helping parents to support and monitor their child’s meals. For severely ill patients at very low weight, and for many adult patients who are unable to gain weight in outpatient treatment, admission to a specialized residential or hospital-based treatment program can be lifesaving. The most consistent indicator of relapse after intensive treatment is incomplete weight restoration, so reaching a healthy weight is necessary for recovery from anorexia nervosa. Evidence now suggests that weight gain rates of three to four pounds a week are safe for patients with close medical monitoring and 24-hour nursing care. Some programs utilize feeding tubes. However, many behavioral specialty programs are able to achieve weight gain of four pounds a week with meal-based feeding alone in the majority of cases. Close outpatient follow up care following hospitalization is important as relapse risk is elevated for six months following inpatient treatment.

For bulimia nervosa, cognitive behavioral therapy is the most successful outpatient treatment approach. Binge eating disorder also responds to cognitive behavioral interventions. Interpersonal therapy is also effective in both bulimia and in binge eating disorder. Some medications may be useful along with these therapies. Although data on treatment interventions for avoidant restrictive food intake disorder is limited, as this disorder was only recently defined, it appears that behaviorally oriented treatment approaches are also effective for this condition in many cases.

In general, one of the most important emerging predictors of treatment success for eating disorders across diagnoses is early behavior change. Even in individuals who are initially highly ambivalent about entering treatment, and demoralized by their illness, motivation often increases as they start experiencing progress in controlling their disorder and recognize recovery is within reach. 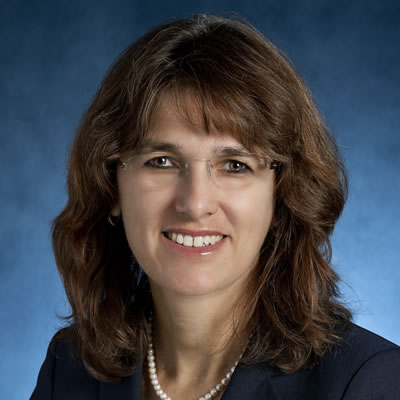 APA Resources for Patients and Families