WASHINGTON, D.C., May 27, 2021 – A new national public opinion poll of U.S. adults by the American Psychiatric Association (APA), finds that expansion of telehealth is welcomed by most Americans. A large portion of the population have used telehealth services; more than half say they would use telehealth for mental health services; and more than one in three say they prefer telehealth.

“The quick pivot to providing telehealth services at the start of the pandemic was vital to providing continued access to care, and this poll shows the important potential role for telehealth going forward,” said APA President Vivian Pender, M.D. “Telepsychiatry especially helps those facing barriers such as lack of transportation, the inability to take time off work for appointments, or family responsibilities.”

“Continued access to telehealth during and after the pandemic is vital, and the poll indicates increasing public support for it,” said APA CEO and Medical Director Saul Levin, M.D., M.P.A. “As we continue to face the long tail of the pandemic, we have an opportunity to innovate and continue to improve access through telehealth.” 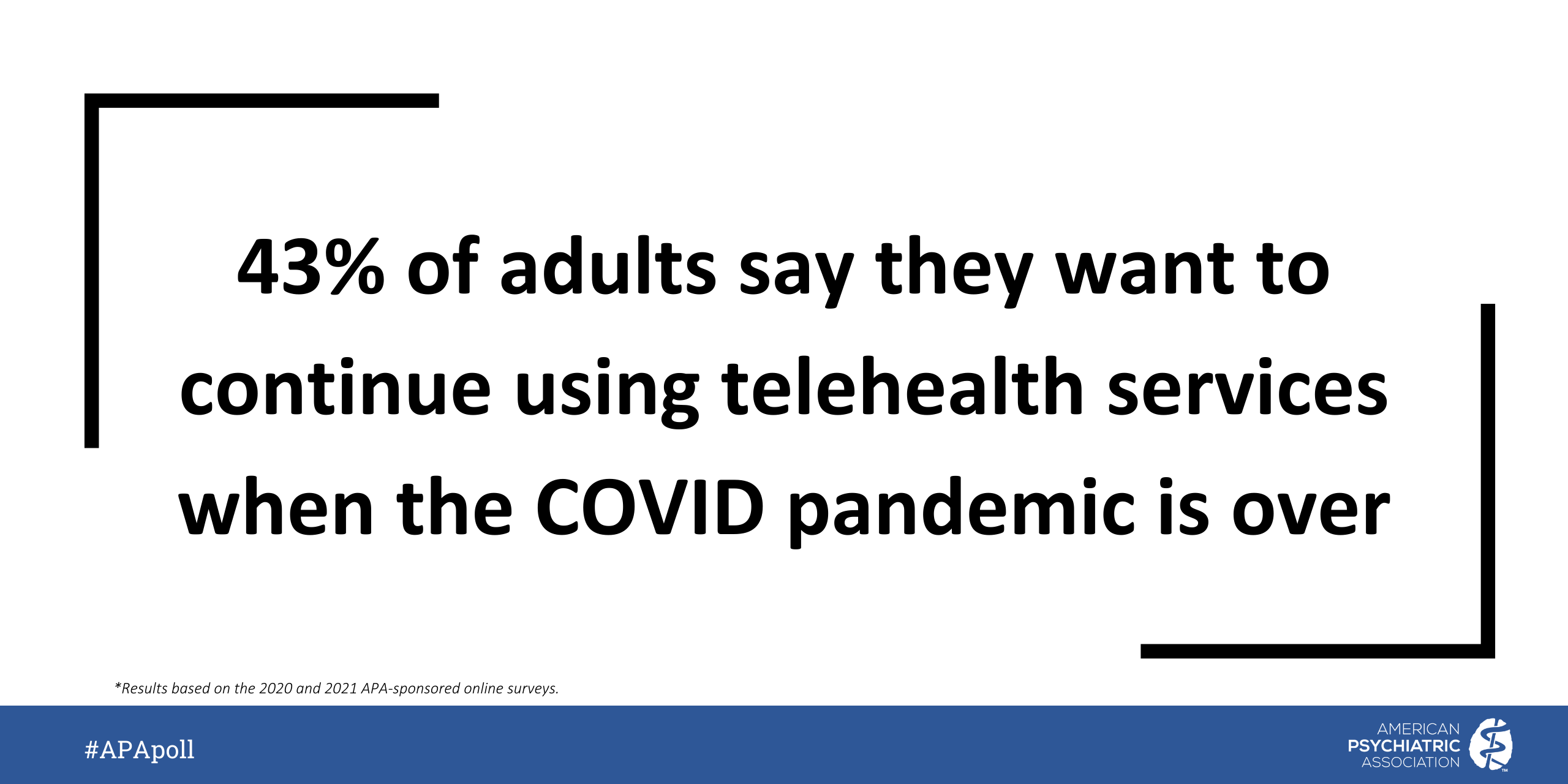 More on the poll:

See the full results of the poll. The new findings come from an APA-sponsored online survey conducted March 26 - April 5, 2021, among a representative sample of 1,000 adults 18 years of age and older. The equivalent margin of error is +/-3.1 percentage points. Additional polling information available: more from the 2021 polling and information from polls in October 2020 and prior years.

The American Psychiatric Association, founded in 1844, is the oldest medical association in the country. The APA is also the largest psychiatric association in the world with more than 37,400 physician members specializing in the diagnosis, treatment, prevention and research of mental illnesses. APA’s vision is to ensure access to quality psychiatric diagnosis and treatment. For more information please visit www.psychiatry.org.